Ironbark Zinc Limited (ASX:IBG) is a leading ASX listed resources company focused on delivering shareholder value through the development of its major base metal Citronen mining operation in Greenland. The Company’s focus on the Citronen Project sees it very well placed to benefit from the forecast strengthening of the Zinc market.

Ironbark has three projects in northern and eastern Greenland targeting base metals – the world class Citronen Zinc-Lead deposit, the Mestersvig Project containing the historic Blyklippen Lead-Zinc mine and the prospective Washington Land Project. 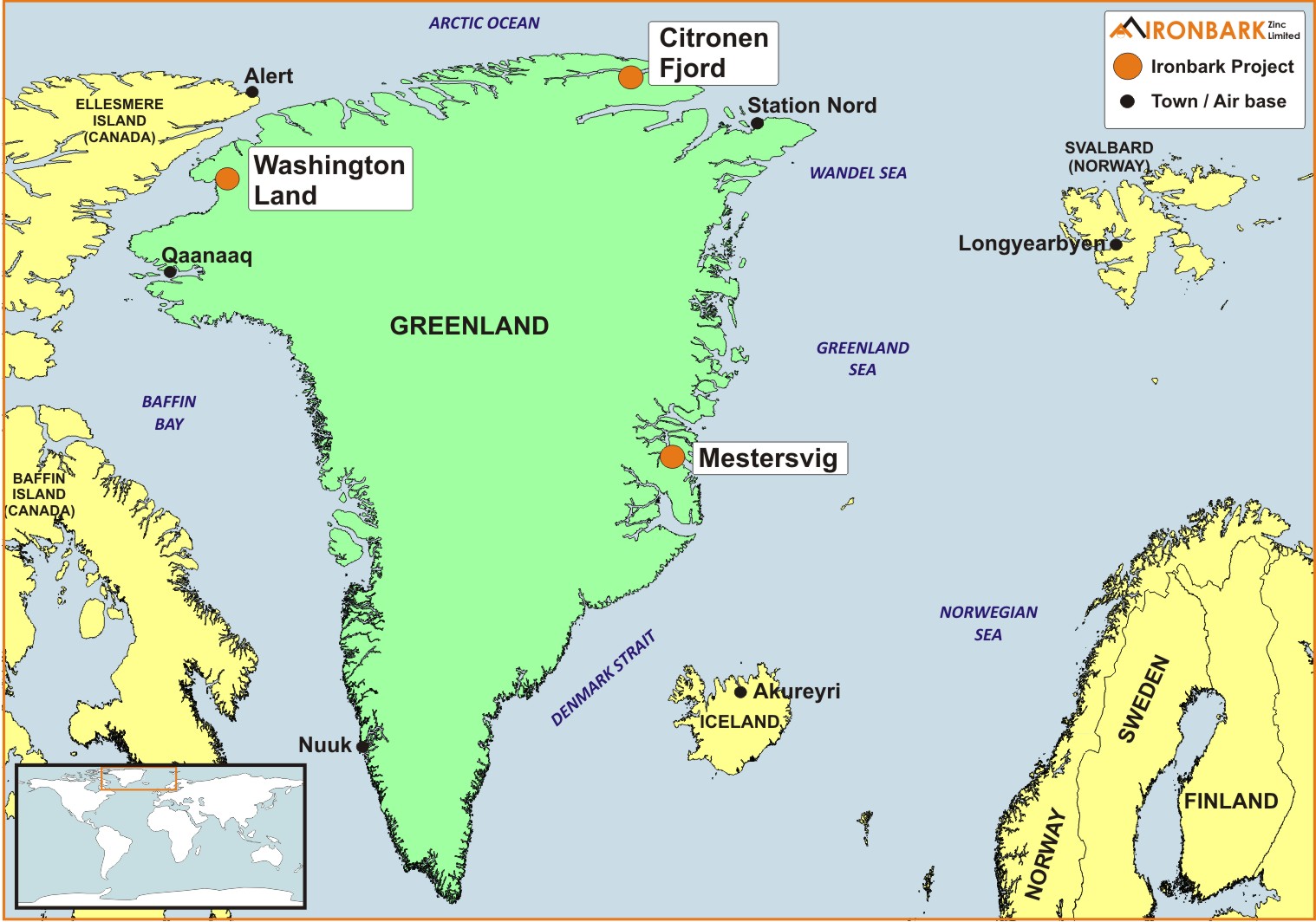 Ironbark’s mineral assets in Australia comprises of two base and precious metal projects in New South Wales (NSW). The Captains Flat Project contains the historic Lake George Mine and together with the adjoining Peakview project, which contains several base and precious metal prospects, covers a strike length of over 80km of prospective geology. Ironbark also owns the Fiery Creek Prospect in NSW which consists of the historic Fiery Creek and Macanally gold and copper working from the early 1900’s that extend for over 7km. 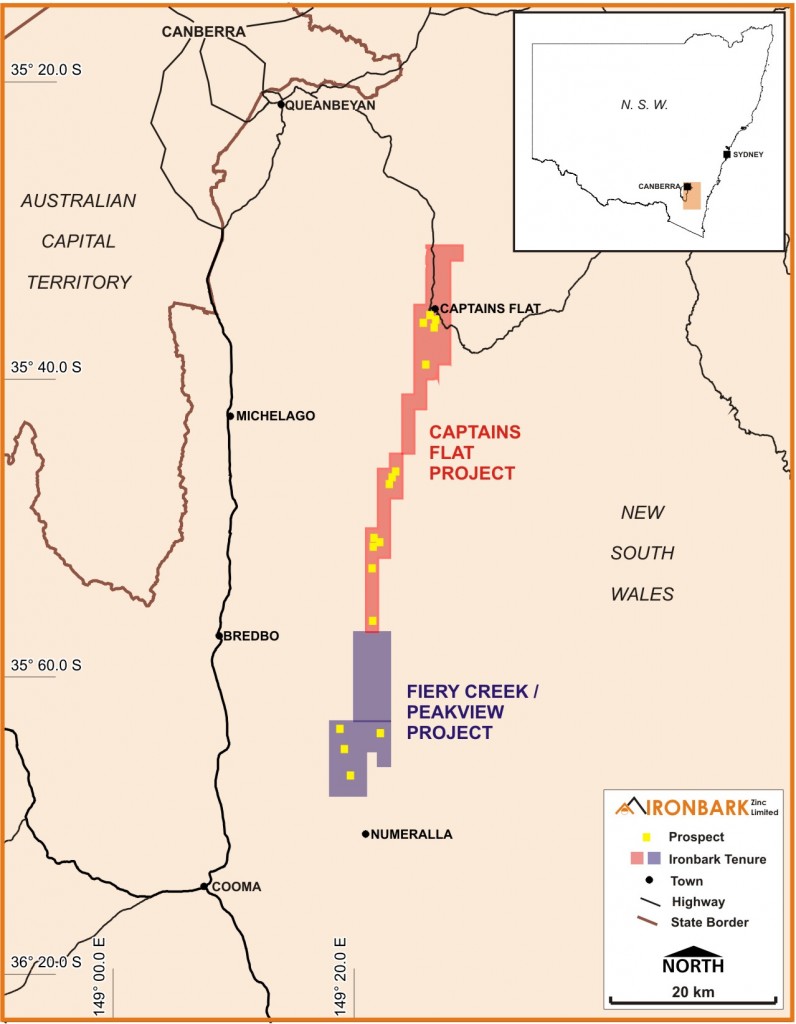 Mr Downes has over 18 years’ experience in the minerals industry and has worked in various geological and corporate capacities. Experienced with nickel, gold and base metals, he has also been intimately involved with numerous private and public capital raisings.

Mr Downes is on the board of several ASX-listed companies; he is a founding director of Hibernia Gold (now Moly Mines Limited) and Siberia Mining Corporation Limited (now merged with Monarch Resources Limited) and is a non-executive director of Corazon Mining Limited.

Peter has over 30 experience in banking and investment. He has had deep involvement in capital, currency and commodity markets with Societe Generale and Banque Indosuez. Peter has held company director positions in exploration, mining and manufacturing companies listed on the ASX since 1990. Peter was also a founding director of Anaconda Nickel Ltd.

Mr Kelly has over 9 years’ experience in finance industry in Australia and  the United Kingdom; he has held senior roles at Deloitte Touche Tomatsu, Chartered Accountants and Royal & SunAlliance Insurance Group plc. Mr Kelly is a qualified Chartered Accountant, and is currently working for Ironbark’s substantial shareholder, Glencore International.

Mr Comb is an engineer with over 25 years’ experience in the Australian mining industry, with a strong track record in successfully commissioning and operating base metal mines. Whilst he was Managing Director of Jabiru Metals Limited, he successfully took the Jaguar base metal project into production with the commissioning of the mine and processing plant taking place during the Global Financial Crises.

Mr. Kelly Strong is the Vice President for mining operations at Nyrstar located in Tennessee. In his current role Mr Kelly Strong is responsible for all of Nyrstar’s zinc mining and milling operations in Canada and the United States, operating the mining of polymetallic ore bodies, and associated products. Mr Strong’s appointment is ideally suited to support Ironbark’s planned transition into mining.

Prior to joining Nyrstar, Mr. Strong spent 14 years with Vale in various senior management roles. These roles included working at their nickel operations in Indonesia and was also responsible for mining and smelting operations in various parts of Canada and the U.K. In Mr. Strong’s last role he was the Vice President of the Ontario and U.K. operations where his portfolio included mining, smelting and refining operations of nickel, copper, cobalt and precious metals. Mr. Strong holds a Bachelor degree in Mining Engineering from South Dakota Tech.

Mr Orr is a Chartered Accountant with a significant level of commercial experience in the roles of Chief Financial Officer and Company Secretary for a number of ASX listed companies. Mr Orr has over 20 years’ experience in public practise and commerce and has worked extensively in the resource industry and is experienced in capital markets, project development, contract negotiation and mining operations.