CEO Marcio Fonseca said the results confirm continuity of the Plomosas Mine Area mineralized system, extending at least 700 metres along strike to the northwest

GR Silver Mining Ltd (CVE:GRSL) (OTCQB:GRSLF) has revealed new drill results from its Plomosas project in Mexico on Tuesday that showed near-surface silver and gold mineralization on the property.

The data from the 14 holes released also defines a mineralized strike length of up to 700 metres with field evidence and underground mapping pointing to further continuity along strike and down dip, the firm added. 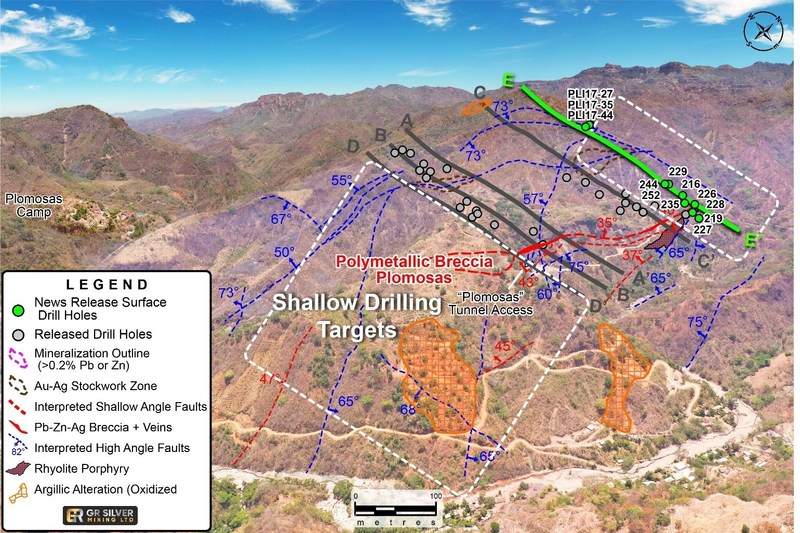 CEO Marcio Fonseca said the results confirm continuity of the Plomosas Mine Area mineralized system, extending at least 700 metres along strike to the northwest.

“(Our) recent surface exploration work has provided evidence that the mineralized footprint extends beyond the existing drilled areas,” Fonseca said in a statement. “The definition of silver-gold rich mineralized zones close to the surface represents potential for the delineation of shallow resources at the Plomosas Mine Area".

GR Silver has earmarked the zone of mineralized veins and hydrothermal breccias for an upcoming shallow diamond core drill program. The firm believes that the Plomosas Mine Area is part of a much larger low sulphidation epithermal system thanks to field evidence along one kilometre of strike length, where only 400 metres of that strike has previously been drilled.

Advanced Oncotherapy raising £7.7mln as it makes 'strong progress' on...

GR Silver Mining (CVE: GRSL-OTCQB: GRSLF) CEO Marcio Fonseca joined Steve Darling from Proactive Vancouver to share details that channel sampling has led them to announce that wide, high-grade polymetallic, disseminated and massive sulphide-rich mineralization has been discovered in their...

Alpine 4 Technologies says it has been approved on one of two...