The 700 metre by 100 metre anomaly was discovered at the Maria Bonita area of the project, where no drilling or trenching has taken place

Altamira Gold Corp (CVE:ALTA) (OTCPINK:EQTRF) has revealed a major new gold-in-soil anomaly in a greenfield area of the Cajueiro gold project in Brazil.

The 700 metre by 100 metre anomaly was discovered at the Maria Bonita area of the project, making it the largest anomaly at Cajueiro, according to Altamira.

The firm completed three new north-south trending soil lines at Maria Bonita and 75% of the soil samples returned “highly anomalous” gold values over 100 parts per billion up to a maximum of 3.1 grams per ton (g/t) gold in soils – higher than previous values found elsewhere at the Cajueiro resource area, the Vancouver-based company said in a statement. 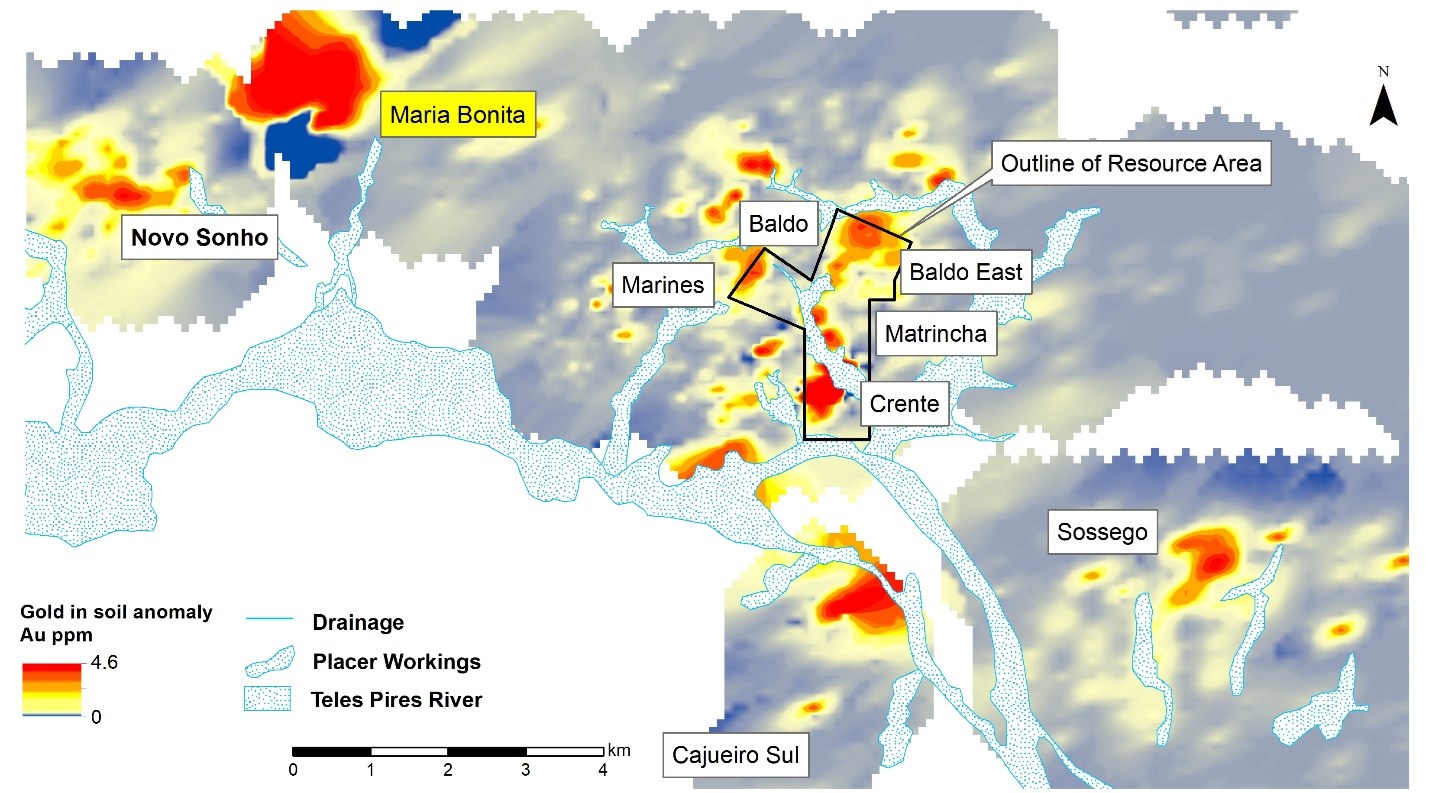 In a statement, the explorer told investors it believes the “size and strength” of the anomaly could explain the placer gold previously mined on the concession.

"The new soil lines at Maria Bonita have revealed a much larger and stronger soil anomaly than was previously known and the gold values in soils are higher than the values that exist directly above the known mineralized zones which are located 5 kilomeres to the east and comprise the current resource base,” Altamira CEO Michael Bennett told investors in the statement Wednesday.

“This is a very exciting development and suggests the possible existence of an additional deposit within the Cajueiro project.”

Altamira is planning to do more soil sampling to determine the eastern and western limits of the anomaly.

Creso Pharma prepares for dual listing on Nasdaq as it storms ahead into new...

Altamira Gold kicks off drilling at the Mutum target at its...

Mining Altamira Gold has received approval for Environmental Permit at...