Results from the drill hole included 2.6 metres of massive sulphide mineralization starting at 242.8 metres within a larger mineralized interval of 21 metres

Results from the drill hole included 2.6 metres of massive sulphide mineralization starting at 242.8 metres within a larger mineralized interval of 21 metres, from 234.6 metres to 245.6 metres.

The CGO East area has the potential to host shallow, wide sheets of mineralization that may stretch over an area of 500 metres by 900 metres. Talon has drilled four holes in the area as part of an ongoing drill program at Tamarack. 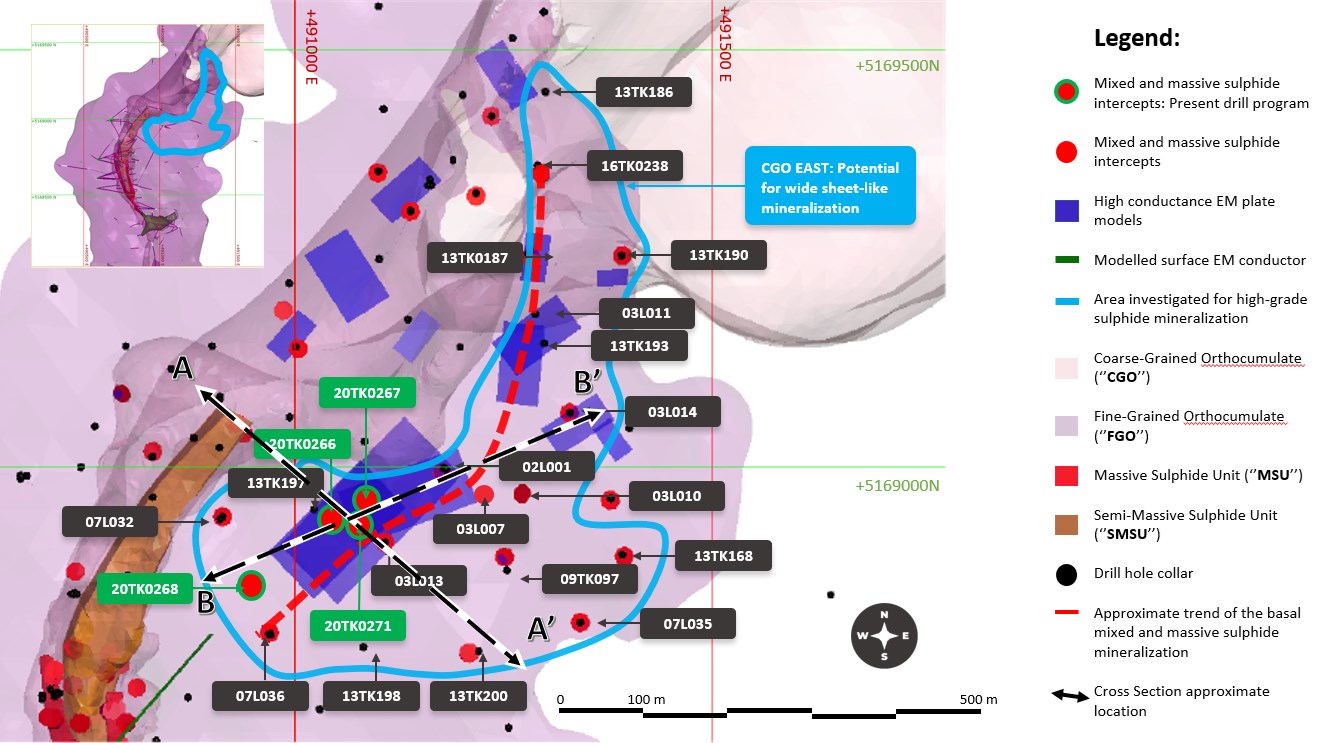 Mineralization within the area is not included in Tamarack’s current resource and, if delineated, could add “significant” tonnage to the overall resource and mine plan, according to the company. A 2018 resource estimate showed higher confidence indicated resources of 3.6 million tonnes at 2.5% nickel-equivalent with additional inferred resources of 4.4 million tonnes grading 2.1% nickel equivalent.

Tortola-based Talon said it plans to continue drilling in the area during the winter drilling season and is adding a second drill rig this month to expand its program.

"We are really looking forward to receiving the assays for new drill hole 20TK0271, which was an off-hole BHEM anomaly from drill hole 20TK0266. Drill hole 20TK0271 intercepted shallow massive sulphide mineralization approximately 350 meters away from the company's resource area, with an additional thick mineralized intercept just above it.”

An updated preliminary economic assessment dated March 20, 2020, suggested an after-tax net present value (NPV) for the project of US$291 million, at a 7% discount rate, and an eight-year mine life, 2.8% nickel-equivalent head grade.

Shares of Talon grew nearly 11% on Monday morning at C$0.31 in Toronto trading. Talon Metals Corp (TSE: TLO) Vice President of Geology Etienne Dinel joined Steve Darling from Proactive with new drill results from their Tamarack Nickel Project. Dinel shared with Proactive assay results that include a greater width than they were expecting. Dinel also talked about some of...